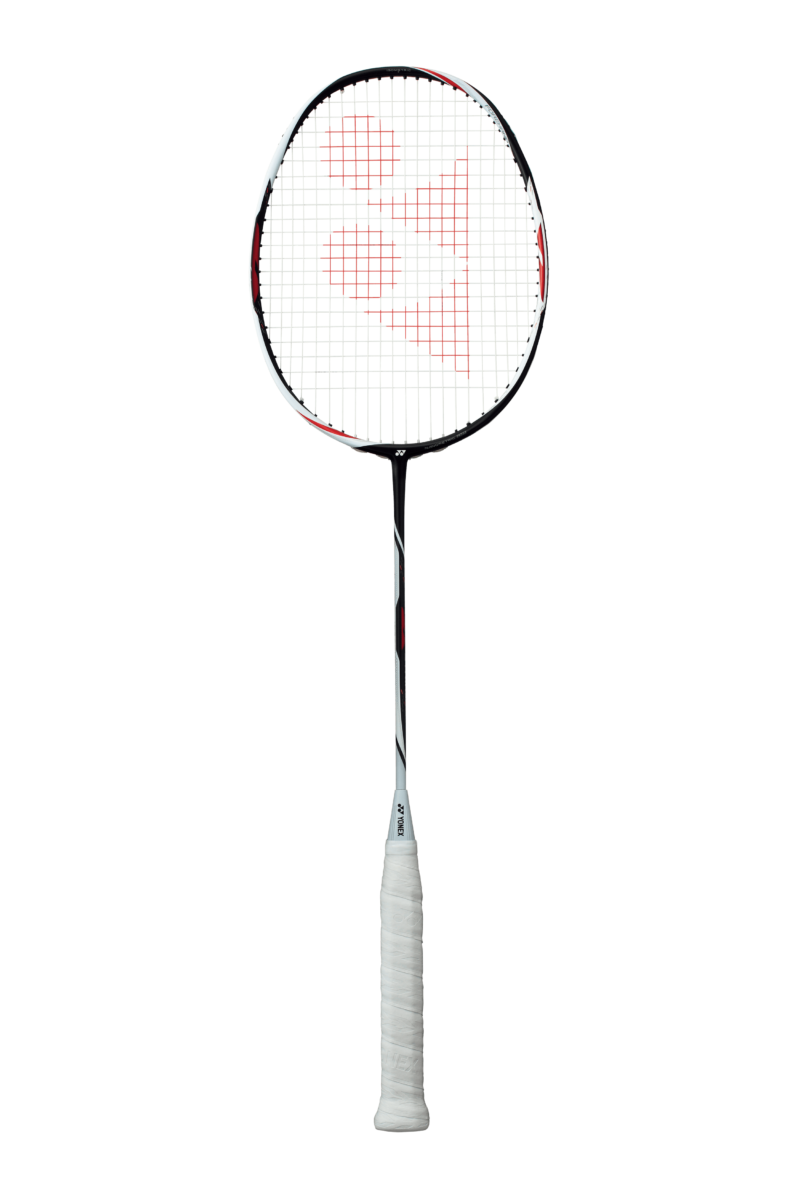 Offensive racquet specially made to boost power, speed, and control, giving players a tactical upper hand on the court

NANOMETRIC* improves the bonding strength between the carbon fibres enabling us to take racquet shaft construction to another level. By reducing the amount of carbon in the shaft to make it 60%* thinner than a conventional racquet whilst retaining stiffness, YONEX has created a revolutionary lightweight racquet with lightening head speed and control.*NANOMETRIC is the new material which applies the NANOALLOYTMTechnology of Toray Industries, Inc.
*approximate measurement when compared to a conventional racquet shaft, tested by YONEX

NANOMETRIC DR is a new carbon material developed by Yonex based on our unique NANOSCIENCE technology. Created from a material originally developed for next generation space aviation by Toray Industries, Inc., this marks the first time it has been used within the racquet industry. By combining firm shuttle hold and high repulsion, NANOMETRIC DR puts the DUORA into a class of its own.

To balance the heavy racquet head, the frame has been made smaller to maintain the fast swing demanded by advanced players.By reducing the drag caused by air resistance, the head-heavy feeling is reduced and racquet handling speed is increased.

Power up your forehand and backhand with the Dual Optimum System.

The new DUORA Grommet design features 8 linked grommets made with differing thicknesses on either side of the frame. When hit on the box side, thicker and harder grommets on the aero side result in a stiffer string bed, ultimately increasing launch power on the shuttlecock.

YONEX has designed a new grommet pattern called the HORIZONTAL-A CONCEPT that has helped us create the smallest frame in our history. The pattern anchors 4 strings horizontally to allow greater flex in the string bed and to create an enlarged sweet spot at the top of the frame. So even off-centre shots can be powerful.

ISOMETRICTM technology continues to help the world’s greatest players achieve global success. Developed over 30 years ago, the ISOMETRICTM design increases the sweet spot by 7%*. Compared to a conventional round frame, a square-shaped ISOMETRICTM racquet generates a larger sweet spot by optimizing the intersection of the main and cross strings. ISOMETRICTM delivers greater control without sacrificing power. ISOMETRICTM is a Trademark of Yonex CO., LTD.
*Tested by Yonex

Thinnest, Strongest Ever Produced by Yonex

The control support cap provides an 88% wider flat surface compared with an ordinary racquet for easier gripping, fast follow-through and the sharpest maneuverability.

The lightweight T-Joint increases stability of the shuttle on the strings, maximizing power and control.

Provides sharper power for all your shots.

Return & exchange
If you are not satisfied with your purchase you can return it to us within 7days for an exchange or refund. More info.

There are no reviews yet.